A Little Black Dress On Your Great-Aunt 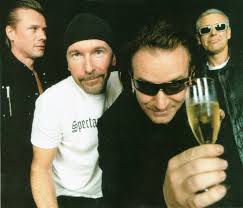 Don't be so quick to toast your success, Mr. Hewson. The Clarence Hotel isn't going to be demolished just yet.


An Bord Pleanala has been gathering evidence as you and Mr. Edge push for planning permission. You'd like very much to tear down some historic buildings, listed and protected structures, so that you can put up a space-age tower.

How out of place would your fancy hotel/spa/spud in the sky studio be on Wellington Quay? It's been described as putting a little black dress on your elderly aunt. Unpleasant imagery, indeed.

Speaking in favor of your proposal, Kieran Rose claims that this tear-down and gutting of listed structures should go forward because of exceptional circumstances. You'd tear down a hotel and put up a new one that would be better than the stodgy old Clarence. And there's the financial situation to consider. You've spent a tremendous amount of money on the land, and you'll never make it back if you don't get permission to do what you want.

The Department of the Environment doesn't see any architectural merit in your plan whatsoever. They don't find a single extenuating circumstance that would weigh in your favor. In fact, they're convinced that an ultra-modern skyscraper, wedged in the middle of Georgian architecture, would be radically out of place.

For now, you'd best put the cork back in that bottle of champagne. This is a government body holding hearings. The fine bubbly will go flat before a decision is reached.
Posted by O hAnnrachainn at 12:42 PM