Everyone's heard some tale of woe from a friend who made the mistake of sending off a nasty e-mail while under the influence of drink.

Don't send that e-mail until you're sober, you've been told. When drunk, you do stupid things and something as permanent as an e-mail is something you'll regret. 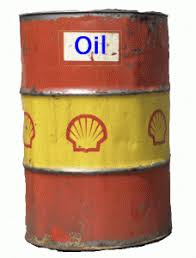 Turns out that you shouldn't buy and sell on the commodities market while drunk, either.

Steven Perkins went off to the company's golf outing last June and took advantage of the river of booze that was flowing at company expense.

He went home and had a few more drinks, just to keep the party atmosphere going.

Drunk to the point of stupor, Mr. Perkins then took out his laptop and logged in to his trading account. Just for a laugh, and don't things seem hysterically funny when you're pissed. Come the morning and you're holding your hung-over, throbbing head in your hands and sorrowing over your idiocy.

Not everyone's drunken on-line lark can drive oil prices to spike, however. Turns out that Mr. Perkins was employed at PVM where he traded in oil futures.

Oh what fun it is to take a $500 million position on Brent crude oil futures. The market price shot up to $73.50 per barrel, and the analysts went into a panic. They commenced to wringing their hands, in fear of what high oil prices would mean to the health of the fragile economic recovery when the world's economy is energy-driven. There was no reason for the price to spike like it did, which only made the worry that much greater.

Ho, ho, ho, all a big joke. A trade done under the influence of drink after much drink was taken, and PVM had to unwind what their employee (a former employee in short order) had done. Oil prices then fell to a market based level of $69 per barrel and the world exhaled with relief.

Just as you shouldn't e-mail while drunk, it's not wise to buy oil futures while under the influence. Not only did the broker lose his job, but he's been fined E89,000 by the Financial Services Authority in London.

There's a hangover that a couple of aspirin and a Bloody Mary won't cure.
Posted by O hAnnrachainn at 1:07 PM