Rules Made To Be Broken

Nation-members of the European Union must limit the amount of fertilizer used by their farmers. Can't have anyone putting too much nitrates into the environment, no matter where that farm might be. What's good for Greece is good for Ireland and don't go whinging about the differences in terrain or climate. 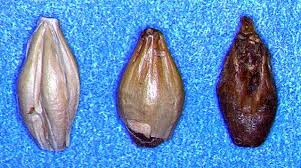 By limiting fertilizer use, the EU has managed to ruin Irish barley. The knock-on effect is to ruin the Black Stuff.

The Greencore malting operation has noted that protein levels in Irish barley have fallen in the past couple of years, during which the Irish farmer has been slavishly following the EU directive on nitrates. A proper malting of the barley requires higher protein content than currently exists. A proper pint of Guinness requires proper malted barley. 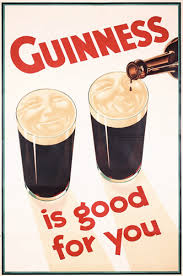 What's to be done? Besides telling the EU to shove their fertilizer rule up their collective arses, that is.

Use barley from someplace else. Import barley into Ireland to manufacture an Irish product.

Makes all the sense in the world if you're a bureaucrat. If you're in the malting business, the higher costs would drive you out of business in short order and that makes absolutely no sense.

Irish agricultural scientists hope to find a way to increase protein in Irish barley without using as much fertilizer as is needed to achieve the result because they can't use enough fertilizer to get the right amount of protein. Genetic modification is not even on the table.

A rule that sounded fair and equitable at the time is proving to be detrimental to one nation's most famous product. That's a rule that's just made to be broken, before the Guinness gets pale.
Posted by O hAnnrachainn at 2:58 AM