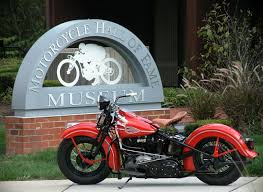 One after another, American manufacturers look at their bottom lines and realize that profits could be increased if they didn't have to pay their employees so much.

Maytag pulled out of Newton, Iowa, and went to Mexico where folks are happy with any sort of job and aren't so concerned about the hourly rate or union benefits.

The product is now considered a piece of junk and sales have plummeted, but the costs to produce washers and dryers went down, didn't it?

Harley-Davidson is as much a part of Milwaukee as Maytag was to Newton.

Like Maytag, the Harley people have to get their costs down, and they have to convince their employees that they should suck it up like everyone else. Or go look for another job when the unemployment rate is approaching 10%.

If labor costs can't be contained, says Harley, they'll pull out of Milwaukee and go where they can cut costs.

Harleys have always been pricey, and pricey isn't selling that well these days. Most luxury goods aren't.

The only way to make the bike more affordable without killing its ethos is to reduce the cost to manufacture it. There's only so low the parts suppliers can go. If the employees don't go along with the plan, Harley will leave.

After what happened to the Maytag reputation on the heels of that relocation, it's not a pretty picture to contemplate.

So, what's it going to be? Will Harley-Davidson and Milwaukee continue their relationship, or will the next generation of bikes by labelled "Hecho En Mexico"?
Posted by Peg Leg O'Sullivan at 12:45 PM