For Want Of A Nail 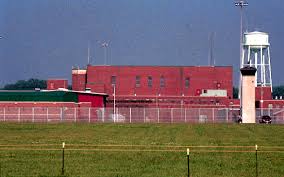 You've heard the nursery rhyme, about the king who lacked a nail for a horse shoe and ended up losing his kingdom. The lesson to be learned is that you have to be aware of the small details to win the big victory.

David William Caswell hit on a brilliant scam that might have brought him millions of ill-gotten gains, if only he hadn't forgotten that little nail.

He set up a book publishing firm, but he failed to actually print a single book.

A Print-On-Demand copy of a manuscript is cheap to produce. All Mr. Caswell needed was to invest those few dollars into his enterprise, and the Indiana Attorney General would have no reason to investigate his New Century Publishing company.

Authors can create PDF files of their manuscripts, and all that remained to Mr. Caswell was to forward those files to a POD publisher like Lulu.com. Charge the author more than Lulu charges him, and it's profit.

Best of all, there is product. Sure, we'll get you into print says New Century Publishing. Then it's up to the author to create their own sales. Plenty of printing houses are doing it, and you don't see the Attorney General probing their operations.

It was probably too much to ask of Mr. Caswell that he think his scam through. He's been in trouble with Indiana authorities before, for such diverse crimes as impersonating a lawyer and bigamy. He's done time for fraud and income tax evasion, and he's in default on fines imposed on him after he was convicted of running a phony job search scheme.

For want of a nail, the kingdom was lost. For want of a cheap printed copy of some dreamer's manuscript, Mr. Caswell is lost.

Not to worry. He's been incarcerated at the federal prison in Terre Haute before, so he knows his way around the penitentiary in Indiana. Should this latest investigation into his dishonest practices return him to a cell, he might know someone who could put in the word for him. He'd be perfect for the job of prison librarian.
Posted by O hAnnrachainn at 1:05 PM