The Foreclosure Crisis Can Hit U2

Any downturn in a property owner's finances and they're looking at foreclosure.

Take, for example, Carol Hawkins of Dublin. She lost her job and now she's in arrears on her condominium association fees. It's only a matter of time until she has to sell something to raise the cash, and all she seems to have is the condo itself. 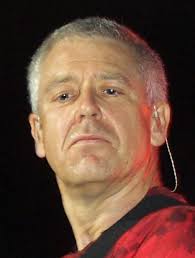 Adam Clayton of U2 is going to ask a New York court to stop her from selling the place.

Ms. Hawkins lost her job with Mr. Clayton when she was caught helping herself to the odd bit of coin. Thinking, no doubt, that her employer wouldn't notice a few thousand missing when he had millions, she used his credit cards and took money without the U2 bassist's permission.

He may be a rock star, but he's not dumb. A good accountant is a busy man's best friend when he's short on time to mind the till.

In Ireland, Mr. Clayton obtained a restraining order last December, and Ms. Hawkins was barred from selling any jewelry, real estate or other valuables. There's a dispute as to how much she took, and until that amount is determined, she can't dispose of things that might help her raise the cash she needs to cover expenses on the New York City flat.

The condo was purchased three years ago, free and clear, although no one has asked specifically how a personal assistant came up with $465,000. That transaction alone would have been enough to raise a bean-counter's eyebrow.

Since the restraining order on asset disbursement applies in Ireland, an attorney in New York will file a request to prevent any intercontinental finagling.

Considering how bad the market is right now for high priced real estate in New York City, you'd have to find merit in Mr. Clayton's request. If he gets the place back as part of a settlement on the theft charges, he could wait out the downswing and realize a bit of a profit at the other end. Why sell now, in the teeth of a bad market?

Unless, of course, you're desperate because you lost your job, your former employer is suing you, and no one will hire a personal assistant with a questionable past.
Posted by O hAnnrachainn at 1:10 PM