Drawing A Crowd With A Cod 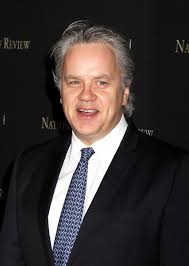 By all accounts, Tim Robbins is a rather famous actor, and not just because of his association with Susan Sarandon. Who could forget The Shawshank Redemption?

The Law Society of University College Dublin wanted to recruit new members, and what better way than to host an intimate (only 600 seats at Astra Hall) gathering featuring Mr. Tim Robbins receiving an honorary life membership in the society.

Imagine the disappointment when Mr. Robbins failed to appear.

Imagine his shock at learning he was booked at a UCD event. According to the actor's manager, Mr. Robbins had no idea that he was supposed to be there.

All eyes are now on Kieran McCarthy, law society auditor and the man responsible for organizing the event.

At first, Mr. McCarthy claimed that the actor had to cancel on short notice, but it's since come out that he apologized to the law society and admitted that there never was an appearance scheduled. It was all, apparently, a cod.

The much-desired crowd showed up, so the scheme worked well on one front. The fact that the guest of honor wasn't there and never planned to be there might backfire, unfortunately. Lawyers have a less than savory reputation for truth and honesty, and Mr. McCarthy did the group no favors by promising an appearance that did not occur.

He can't help it, I suppose. How often does a solicitor or barrister claim that he's going to have Witness X testify and blow the whole case open, but come the trial, Witness X is nowhere to be seen?

It's a common enough ruse to get the other side to flinch or show their hand prematurely.

All things considered, then, more students should want to join the group. Imagine how much they'll learn, if this is the first lesson in smoke and legal mirrors.
Posted by O hAnnrachainn at 1:15 PM