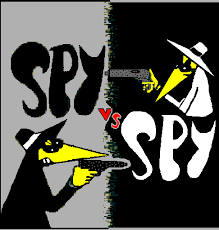 Young Ireland, the Fenians, the Easter Rising: all were undone by spies within the ranks. The enemy planted informers who befriended the rebels, then turned on them, killing the movement. Now comes word that the National Rifle Association has infiltrated CeaseFire.

For ten years, Mary Lou McFate championed the cause of gun control. She volunteered her time and energy to lobby Congress, all in evident support of the cause. Turns out she was an agent for the National Rifle Association.

She's a professional double agent, according to reports, having infiltrated an animal rights group at the behest of a medical device testing firm. And she was good at her job. One of the group's members was convicted of using a pipe bomb to attack her employer.

In spite of her history, there sat Ms. McFate, in a seat of power on the board of directors, all affairs of the anti-gun group laid out before her. They never would have known, if the clever spy hadn't been tripped up by corporate greed that had nothing to do with her.

Ms. McFate was working her magic for security firm Beckett Brown, while Beckett Brown defrauded the beer distributor who provided their funds. In matters of fraud, lawyers and accountants will review cash distributions, and Ms. McFate's name turned up in the ledgers. She was paid for intelligence-gathering activities. The NRA was also a client of Beckett Brown.

The gentle folks of Ceasefire feel betrayed, deeply hurt and shocked by Ms. McFate's double dealings. Here she was, in the pay of the NRA, spying for them, reporting back to them, supporting the gun-toting thugs. They trusted her. They believed in her.

Rather than boot her out, they'll hold a meeting to vote on expelling the turncoat. How things have changed. In the old days, the traitor would have been ambushed and shot dead.
Posted by O hAnnrachainn at 1:02 PM