The Old Are Eating The Young

They're fat, they're old and they're a crowd of boozers who are making the younger generation pay for their excess.

Insurance premiums are going up again, and it's the young who are dropping coverage because it's becoming unaffordable. They have little other choice than to maintain their health so they don't get sick, because it's simply too expensive to carry health insurance these days.

VHI has been steadily applying increases over the recent past, a percent here and there, as if we wouldn't notice that the monthly tab was higher. They can proudly proclaim that their rates are the lowest around, but being the cheapest in an expensive array isn't exactly a positive for the consumer.

Who is left with insurance?

More and more, it's the older generation, which a recent study has found to be living a most unhealthy lifestyle that leads to heart disease and arthritis and a host of other costly ailments that will require hospital stays. Expensive treatments, to be paid for by younger families who find security in having health insurance just in case.

Those higher costs have to be covered by premiums, which are paid by all in the group. The younger members aren't using their insurance because they are healthy and don't need stents or cholesterol medication, so what they put in is paying for the over-50s. Paying so their parents and grandparents can suck up piles of greasy chips while downing a dozen pints. Covering the costs so the older generation can enjoy themselves and think they're in good health. 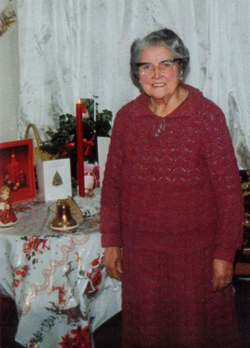 It's time for the hard-pressed Irish family to rise up and take the grandparents out walking every day, a mile at least, and make sure there's no stopping by the local for a pint at the end of the trek.

If the young are to be made to pay for the old, the young must fight back or be eaten alive financially. How about some new legislation that would make it more difficult for the portly and inebriated to get health care? If a fat old granny presents at A & E, it's the back of the line for her. If you can't make your own health a priority, why should your children make your health a priority? A little tough love is what's called for.

The survival of the fittest, isn't that what we're all about? Sooner or later, it won't be a surprise if someone in the insurance industry or the government suggests certain "changes" to health coverage, whether it's a law to force all the young to buy insurance to help pay for the old folks, or an adjustment that makes those who use the system pay more for the privilege of being fat, old and fond of the drink.
Posted by O hAnnrachainn at 1:51 PM