The Italian Teacher: A Book Review 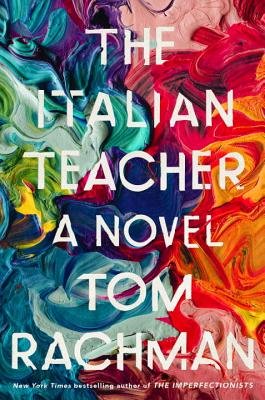 He has a way with words, author Tom Rachman, a lyrical quality that entices a reader to suspend disbelief and enter the world of Pinch Bavinsky, the solitary hero of THE ITALIAN TEACHER.

The protagonist is the son of a Jewish bundle of neuroses who hates her mother (a requisite character trait these days, it seems) and a narcissistic artist whose time comes and goes over the course of the novel. Religion does indeed figure in this novel, however, but it is Pinch who is the true believer, worshipping his ne'er-do-well father. It is a faith that forms the son and guides his choices, for good or ill.

Pinch grows up in the shadow of the famous man who is too busy bedding women to take much heed of his son, although they do form a rather tight bond, the origins not discovered until later. Such is the stuff that drives a narrative that is quite compelling, as the reader goes along for a rather sad ride through the life of Pinch, with all its misery and inability to form relationships.

His is the solitary life, his focus centered on getting his father's attention while trying to avoid his somewhat unstable mother's smothering. A young man full of enthusiasm for art ends up as a language teacher, his life's course plotted by a father whose motivations are unclear until you reach the end - but it's that kind of tension that keeps you turning the page.

The prose is so lovely that you'll despair of ever being able to write nearly as well, and the story at times so far-fetched that you almost can't believe the path it has taken, but it's a delight all the same. The conclusion is a tribute to true love and the tight bonds of friendship, the sort of ending that you'd hoped for as you discover more about Pinch, his father, and his mother.

This was one of those rare books that I stayed up well past bedtime to finish, a pleasure to read.
Posted by O hAnnrachainn at 12:30 AM