The Clancys Of Queens: A Book Review 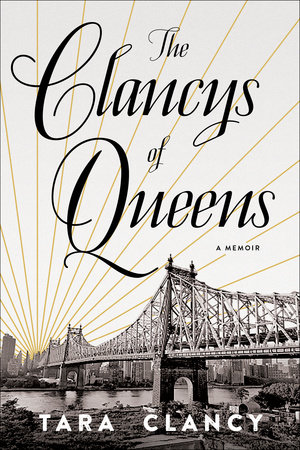 Time flows in a single direction, always moving forward at a steady pace.

Writers have the luxury of moving through time in their narrative, going forward or back, sideways and into the future. If an author chooses to skip the linear form, however, they should let their readers know.

Too often in THE CLANCYS OF QUEENS, Tara Clancy loses her readers as she tells about her childhood in Queens, New York. It can be maddening at times, those abrupt halts when you think she's five but suddenly she's eighteen and you never saw the transition coming.

Ms. Clancy has a strong platform built of short stories previously published, along with a web presence. She learned how to write along the way, and the lesson about ending a chapter with a cliff-hanger ending took hold. How does a child running loose in a working class part of New York end up riding somewhere else in a private limousine? You'll turn the page to find out.

Her memoir is well told from a prose standpoint, her ability to tell stories evident as she describes what is an incredibly dysfunctional childhood. Her parents divorce when she is but a toddler, and she divided her time between her father who lives in a single room and her maternal grandmother (along with her grandmother's geriatric neighbors) and her mother. Her father, an alcoholic, drags her along to the bar when she's in residence, while her mother takes her to her lover's luxury home in the Hamptons for the weekend.

How does the other half live? Ms. Clancy found out firsthand, by living in both the poor and the rich spheres. That is the major theme of the memoir, her experiences rotating through two worlds, although she only brushes up against wealth and is formed more by common hardships and the sort of schools that can only be found in a hardscrabble environment, a more violent world than the average reader knows.

The book is readable, except for the disjointed style that has you thumbing back to earlier pages to figure out how the time jumped and did you miss something along the way. There is something very sad flowing beneath the witty stories of a wild child acting up continuously, getting expelled from high school for misbehavior and generally spending much of her teen years in an alcoholic, marijuana infused haze. There is a moment of redemption, however, when Ms. Clancy discovers literature and gets her life in order.

It's the end of summer and this one is more of a beach read, something short to breeze through on a warm weekend.
Posted by O hAnnrachainn at 10:27 PM