Avenue of Spies: A Book Review 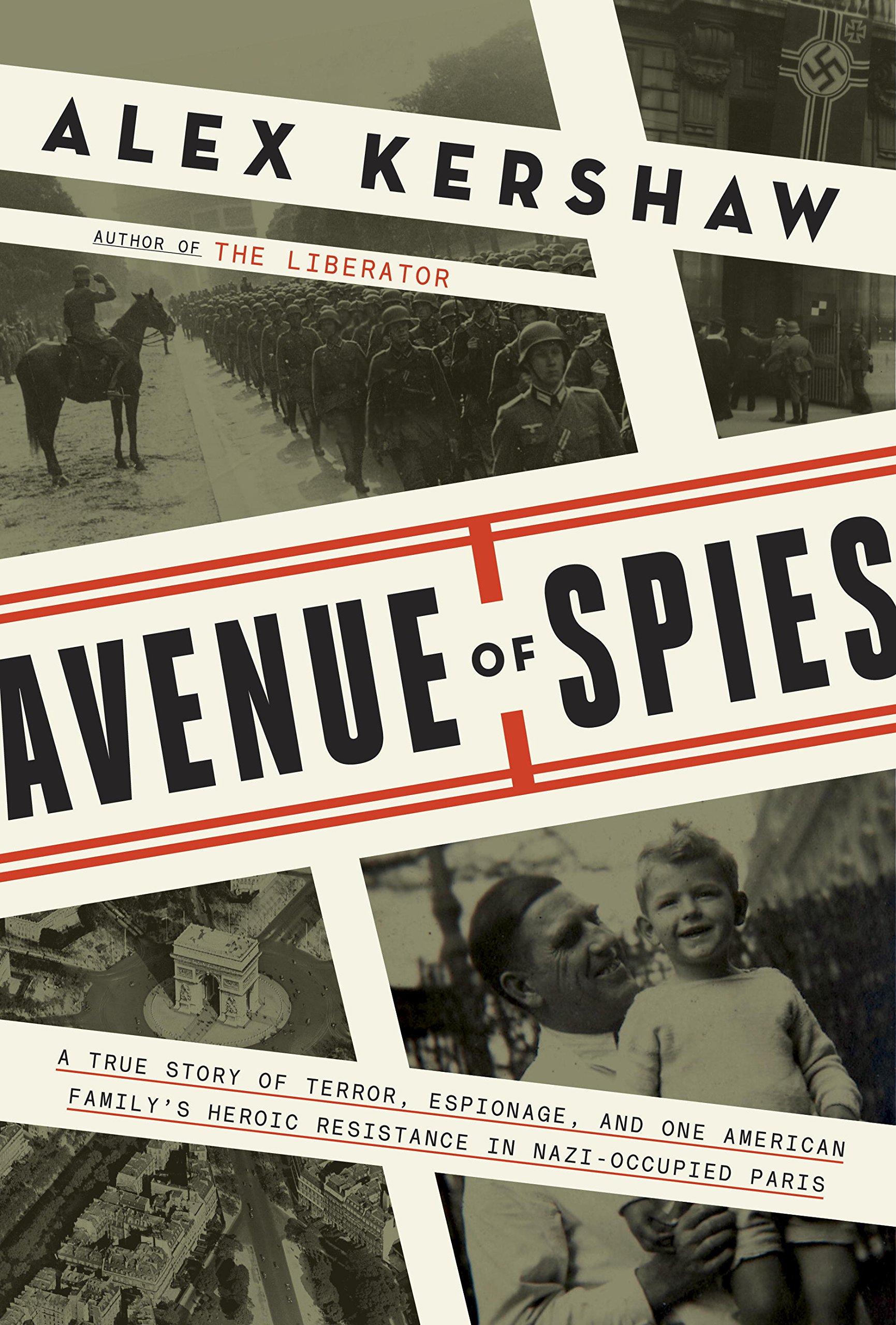 To read of ordinary people exhibiting extraordinary courage in wartime is to delve into the heart of genuine wartime experience. AVENUE OF SPIES takes the reader into Nazi-occupied Paris, into a home that was surrounded by SS agents and Gestapo headquarters. The ordinary people in this case were an American doctor, his wife and only child, all of whom were involved in the French Resistance.

Author Alex Kershaw does a good job of setting the scene, providing enough background to give historical context. He presents a piece of the resistance movement through the activities of Dr. Sumner Jackson, surgeon at the American Hospital, along with his Swiss-born wife and son. The family could have escaped as the Germans bore down on Paris, but the doctor chose to stay and his wife refused to leave her home.

What sort of person joined the French underground, hiding downed Allied fliers and helping them esape? People like the Jacksons, who lived in the midst of the Gestapo yet refused to yield when cooperation would have made life easier. Instead, they risked their lives, and ultimately were sent to concentration camps in Germany as the Allies landed in Normandy and the German overlords grew increasingly brutal.

The book is a definite page-turner, with just enough cliff-hanging to keep you reading, wondering how the Jacksons are going to escape one close call after another. When the end does finally come, you are pulled through their time in concentration camps, struggling to survive, and again you fly through the book to find out what happens.

AVENUE OF SPIES is a story of courage and a refusal to surrender, a willingness to give up one's life for the good of a nation. For anyone seeking some insight into the life of common people during the occupation of France, this book is well worth reading.
Posted by Peg Leg O'Sullivan at 1:02 PM