Too Much Social Media Is Not Wise 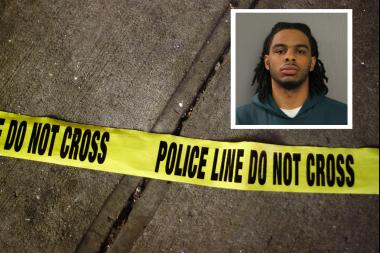 They have the fastest thumbs around, with bulging muscles developed with repetitive use. Those two digits just seem to fly when a message needs to be sent to a legion of followers.

Older folks can cluck their tongues and shake their heads in dismay. What is this generation coming to? Does no one talk face to face, person to person?

The lack of human contact must surely have an effect on brain processes, wouldn't it? Some section of the frontal lobe not developing in the same way as happened before man learned how to communicate without speaking?

For Brandon McNeil, that dire possibility was proved true. His malformed neural connections failed him at a most critical time, and now he's behind bars.

Maybe the whole behind bars thing started when he made an earlier bad decision, to run from the cops after he was spotted firing off a few rounds from a gun.

Yeah, okay, the bad decision was before that, when he acquired a gun in the first place, and then decided to use it. But that does not alter the fact that Twitter led to his ultimate downfall.

Mr. McNeil knew that shooting a gun in Chicago was illegal. The city has the toughest gun laws around, and the police do try to clamp down when they can. There aren't enough of them to go around and it's a challenge to be where the guns are at the right time, but in this case, there they were. In Beverly. The nicer part of the city where a lot of cops and firemen live.

Yes, shooting a gun in Beverly, the south side neighborhood favored by city employees who have to live in the city, is also not a smart move. But back to Twitter.

Once the sirens started blaring, Mr. McNeil knew he had to remove himself from the scene. He thought it was clever to live Tweet his dash for freedom, as if the police would be clueless about social media and none of Mr. McNeil's followers would be dumb enough to point out to the authorities that the man was live Tweeting while running.

It's all in the thumbs, of course.

The gunman ran into a home and thought he might amuse his followers, and maybe add a few more, by tweeting out a picture of where he was hiding out while the police dashed around in a panic, knowing they had to track down an armed man who they might have to shoot back at and that's the last thing the cops want these days.

Those tweets? And that picture? That's what a prosecutor would call evidence. Shooters are advised to not tweet things like "I hid the pole, here's my hiding spot" because the police take the phone, look on the social media history, and find the hidden gun with ease. And just like that, the tweeter is arrested for possession of a gun with a filed-off serial number, which is even more illegal than a normal gun.

Gun court is, by and large, a joke in Chicago, but Mr. McNeil helped things out by tweeting and providing enough information to escalate his case beyond simple possession.

If only he'd put down the phone before the urge to tweet struck. He'll have plenty of time behind bars to regret his social media addiction.
Posted by Peg Leg O'Sullivan at 1:18 PM