Civil Disobedience In The Bog 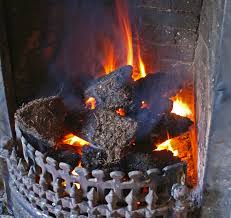 During the height of the potato blight and resulting famine, the Irish lacked food but they were warm. The bogs provided them with plenty of fuel that burned hot and seemed to be in endless supply.

Burning peat is part of the culture, as much as cead mile failte and a pint of Guinness.

People still use peat to heat their homes, especially in the west of Ireland where the peat bogs stretch for miles and families continue the tradition of cutting the bog with traditional tools. And because this is the west of Ireland, where civil disobedience has become ingrained in the psyche, those who like to cut peat for fuel are not being stopped by a directive from some gaggle of bureaucrats in Belgium.

The European Union has imposed restrictions on bog cutting in Ireland, based on a notion that habitats need to be protected and we can't have people slicing up the sod without the proper protocols and permissions and such.

The EU wants to limit how much of Ireland's bogs can be harvested because of concerns regarding biodiversity and its maintenance. The European Commission is serious about this flagrant violation of their rules, and is threatening to come down hard on the Irish State in the form of fines. So not only is too much turf-cutting dangerous for the environment, it is dangerous to Ireland's financial health.

Local gardai watched the turf cutters but did nothing to stop them, which is a pretty good indication of their opinion in regard to the EU trying to restrict an Irish tradition. That, and times are hard. People genuinely need the peat for winter fuel because they can't afford anything else. The turf, at least, is free for those with the strength and willingness to do a little hard work to obtain it.

The bogs that were cut in County Galway are on private property, which makes it a little more tricky for the State to regulate. It's one thing if someone is sneaking onto public property to lift a few sods. It's a different picture when the land is owned by a private party and there are all sorts of procedures to be followed before the guards can set foot on that land.

When a family is cold, you can't argue biodiversity with them.

Instead of threatening to take Ireland to court for failing to rein in its own citizens, the EU would be better served to trade compliance with their regulations for the cost of the fuel that would substitute for the turf. Pay people to not cut the bogs and harvest the turf, and the EU provides an alternative that could do more to protect the bogs than a lot of hot air blowing out of Brussels. By the time that hot air reaches the southeast of Galway, it's gone cold, and what does the cold air do for someone who's already shivering?
Posted by O hAnnrachainn at 3:33 PM