There Your Heart Lies 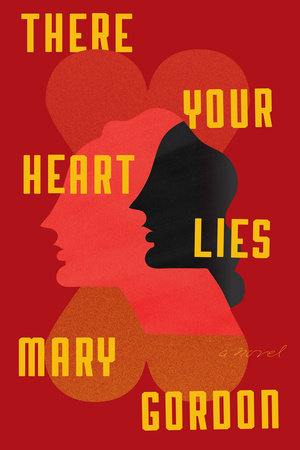 So close to not finishing. Two chapters in. The strings of incomplete sentences. Maddening. Annoying. The chapter where the story turns from past to present. Unnecessary. Filler that failed to move the narrative. Where was the editor?

In the end, however, I was glad I stuck with THERE YOUR HEART LIES. Granted, the early going was rough, with the author's penchant for that stream-of-consciousness feel that you get from using incomplete sentences to paint the mood. But enough is enough, and at first the choppy structure was too much.

Once the story really began, however, the prose flowed more smoothly and the tale took on a more engaging tone.

The novel's protagonist is a woman of privilege who rebels against her family by joining the Lincoln Brigade to fight the fascists in Spain. Marian's background is remarkably Kennedy-esque, with her large Irish-American clan determined to become part of the well-heeled elite. Her brother is gay, while the Kennedys had a mentally handicapped daughter. He kills himself, in contrast to the Kennedy girl who was essentially killed by her parents when they had her lobotomized. There is much kowtowing to the Catholic clergy in Marian's world, and what better way to do the opposite than to become a socialist? Rather like young Kathleen Kennedy marrying a divorced Protestant British peer, yes?

Early on, the story switches to modern times when Marian is an old grandmother seeking to instill that same rebellious spirit in her slacker granddaughter. As it turns out, Marian has hidden her past. Facing death, she decides to reveal her secrets, but the secrets are revealed first to the reader and then repeated in abbreviated form to Amelia.

Marian the starry-eyed idealist meets the reality of overwhelming force as a nurse, but she also finds love and beauty in the quiet moments. While her comrades fight amongst themselves, socialists battling communists, she falls in love with a Spanish doctor whose family could beat out Marian's parents in the adoration of the Catholic clergy. She experiences life in the early years of Franco's brutal regime, when no one trusted anyone else and those who chaffed under the iron fist had to tread very carefully.

All the hardship never diminishes her spirit, but when she gains an opportunity to flee Spain, she grabs it, to return to the same country she fled as a young woman who believed in a cause. Her life almost comes full circle when she lands in nearly the same place she left, but without the extravagant financial support or the religion that she associates with oppression. Her naivete remains intact, making for a character that is almost comical. You might even feel sorry for her, for being so untouched by the common working folks with whom she never seems to mingle. The story is largely about privileged people playing at underprivilege, making the characters a little one-dimensional.

The novel is worth reading, after you've gotten past the early bits where Marian's new cause of protesting swan population control is given far too much space. The relationship that develops between Marian and Amelia is a key part of the story, and Mary Gordon does a fine job of showing the growth of understanding between the generations, along with an appreciation of the young for the life experiences of the old.

Somewhat of a fantasy, I suppose, but the prose was lovely once the sentence fragments smoothed out.

Thanks to Penguin Random House for the review copy.
Posted by O hAnnrachainn at 2:25 PM