The Barrowfields: A Book Review 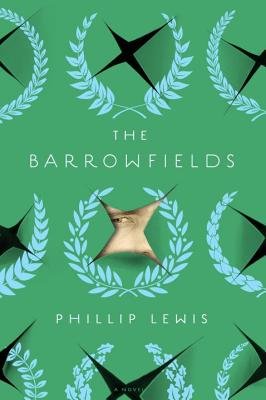 Where are we going, you'll be asking Phillip Lewis. Where are you taking your readers on this meandering journey through an isolated backwater?

THE BARROWFIELDS is a coming of age tale, relating the awakening of Henry Aster who lives in a bizarre setting that feels a bit Flannery O'Connor-like. There is humour in Mr. Lewis' telling, but a bit of a chuckle is not enough to keep a reader enthralled. The Aster family is dysfunctional in a Southern Gothic sort of way, the father a hard-drinking lawyer with a burning desire to be a writer. Henry is the product of a would-be novelist's attempt to create a writer in his son, and there are more than enough references to obscure literary classics to make the average reader feel as if he or she has fallen into a lecture.

We are dragged into MFA-land as the story progresses, with Henry the university student discussing the word count on various fiction genres, and you the reader realize that Mr. Lewis is perhaps more of a short-story writer than a novelist. His prose is extremely pretty, but his ability to tell a coherent story is not fully developed. His attention to his personal craft is fluff that fills space but does not move the narrative.

The novel wanders in a way that had me skimming, in search of conflict or a plot point to cling to. The novel's premise is intriguing, but Henry gazes deeply into his navel as he ponders his failure to look after his younger sister as promised after his father leaves the family. Like so many recent works of fiction, the protagonist does not speak to the wider world or the human condition, but focuses quite firmly on a single individual with middle class problems.

Pretty prose does not a novel make. This one is worth a glance for the attractive sentences, but is difficult to finish because there isn't much substance behind the facade.

The review copy was provided by Penguin Random House. Thank you.
Posted by O hAnnrachainn at 3:05 PM