The Babylon Line: A Book Review 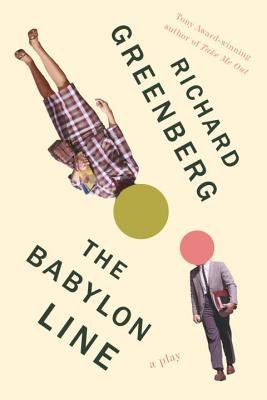 Write what you know, the students are told, and so we are crushed under the weight of stories that are set in creative writing classes.

THE BABYLON LINE is indeed set in a creative writing class, which will not resonate with the average reader because the average reader has vastly different life experiences. There is no connection to be made, at least not in the first twenty pages that I forced myself to get through in an effort to find something that spoke to the human condition.

Life is not universally lived in creative writing classes.

Readers should be aware that this is not a novel, but a play. I'm quite fond of Shakespeare, and have been known to read plays, but I just couldn't read this one.

I'm tired of stories centered on writers and creative writing classes. There are other artists out there, for feck's sake, artists who work in steel beams and concrete, for example. Artists who experience plenty of emotional doubt as they struggle through questions about their life's meaning and their significance in the greater scope of things.

Writers today can't seem to expand their horizons beyond the end of their own creative noses, focusing on their own worlds and the sorts of people they already know. This one has that touch of upper middle class ennui, with the failed writer coming to grips with his failure and that same old, same old trope.

This book has been officially abandoned. I wouldn't recommend it to anyone I know.

Posted by O hAnnrachainn at 7:00 AM