With Love From The Inside: A Book Review 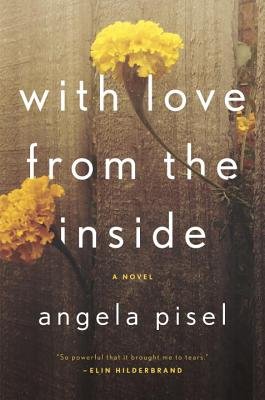 There's a powerful opening for you. The protagonist reveals her current abode is death row in prison. Talk about things blowing up to grab a reader's interest.

The narrative moves between Grace Bradshaw, said inmate, and her daughter Sophie who has made herself a new life far from the scandal of having a mother doing time for infanticide. Grace is preparing for her execution by writing a journal for Sophie, while Sophie is grappling with the lies she has told to hide the fact that her mother was convicted of murdering her baby brother.

There are the usual cruel, insensitive prison guards and the misunderstood fellow convicts to populate the story, while Sophie is keeping a watchful eye on a neighbor with designs on her well-to-do husband. Typical suburban fare, you could say.

But the clock is ticking, with the execution date set and Sophie finally deciding to contact her mother and come clean about her past. In the process, she uncovers evidence that could set her mother free, but will she reach the governor in time? And how is she to tell her husband that he has a mother-in-law, and his wife was not in reality an orphan when they married?

The tension builds up as Sophie and Grace reconnect while the lawyer seeks clemency, making for much turning of pages. Women readers looking for a tale with heart and positive messages about the power of family bonds will enjoy this one. There is a touch of Christian influence spread throughout, what with Grace being the wife of a minister, but it is a light touch that fits with the character. You might get the impression that Grace is passive, yielding endlessly to the dictates of her faith and all those tidbits of advice that you'd get from the Protestant church ladies. She does not come across as a fighter, but as someone resigned to her fate because she's going to be with God so it's not so bad, is it?

Again, in a bow to the average female reader, Sophie's husband is painted as a near saint, madly in love with her even after he finds out she's been less than honest with him. Despite the brief episode of upset, he comes through and supports her efforts to exonerate her mother completely, even if it means damaging his career trajectory. Sometimes you need a simple kind of story without too many complications, right?

So, does Grace get her reprieve and a new trial? You'll have to read the novel to find out.

Thanks, Penguin Random House, for providing this book for review.
Posted by O hAnnrachainn at 4:20 PM